The key to shifting the fear at the heart of separation anxiety, is realizing that it’s not only about the animal; it’s also about the humans they are in relationship with. The behavior is rooted in an unhealed abandonment wound in both the animal and on some level, also in their person. If you only focus on controlling and fixing the animals’ behavior, it will be a long, frustrating process.

Begin to look at your reactions to the animal’s behavior as clues to why this experience has shown up in your life. Losing the guilt about leaving them and releasing the codependency cord between you is paramount to their feeling safe without you. Shift your energy and thoughts to knowing that you will both be fine when you are apart. To begin releasing the anxiety within you both regarding their behavior, visualize them feeling strong, empowered and independent. This will help you both to feel better. 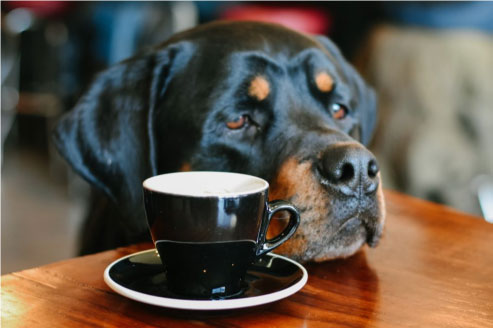 Take a Closer Look. What is your truth? Not society’s, family's or what is trending on social media or the news, but your truth? This is a good time to stop, be still, look [...]

Pay Close Attention. To your hearts desires. To your body - all it has is gestures and feelings to communicate to you. It loves you, even if you don’t like it. Listen to the [...]

Oh My God! We might be tired of surprises and even numb to them, at least the kind that illuminate separation, divisiveness and disturb what we may have deemed solid, safe, unthinkable or settled. [...]